Jayden’s Hidden Treasures Inc. is a not-for-profit organization whose vision is the creation of a community where children with special needs are not denied care due to the lack of available financial, emotional, or spiritual resources.  This vision was born through our journey as we provided care to Jayden.  We faced the need for financial, emotional, and spiritual resources several times during our journey.  We also experienced meeting others who faced similar challenges which created the need to help others.

Each change in Jayden’s healthcare needs included a hidden treasure.  Because these treasures were hidden as we struggled to meet his needs, we missed seeing them for the treasures they were.  Our treasures include neighbors with medical skills who would stop by to check on Jayden, teachers who would call if Jayden exhibit signs of exhaustion, and physicians who went above and beyond to ensure Jayden received the best available care.

Other treasures came in the form of co-workers, family members and church members who provided financial resources to offset the cost of care.  As we met other parents who provided care to a child with special needs, we began to fully understand the value of these hidden treasures.  Jayden’s Hidden Treasures is our way of passing on the treasures that we received as we provided care to our son.  Together we can create this community where treasures of time, knowledge, and finances can ensure children with special needs receive needed care. 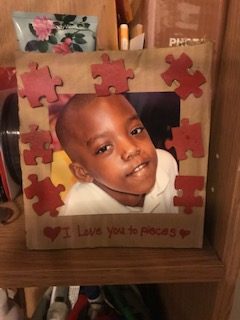 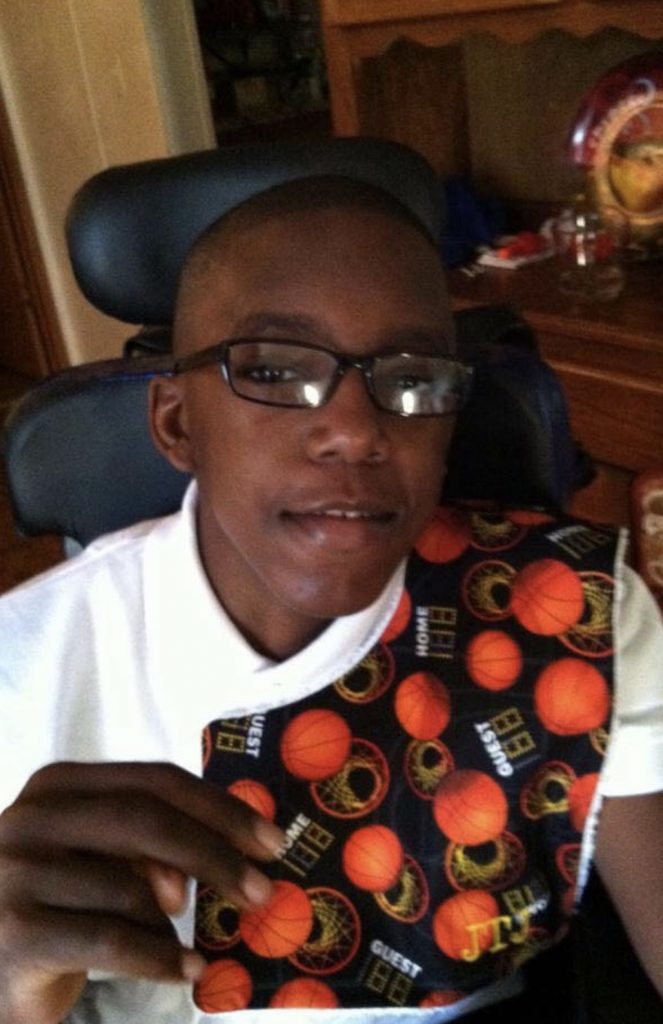 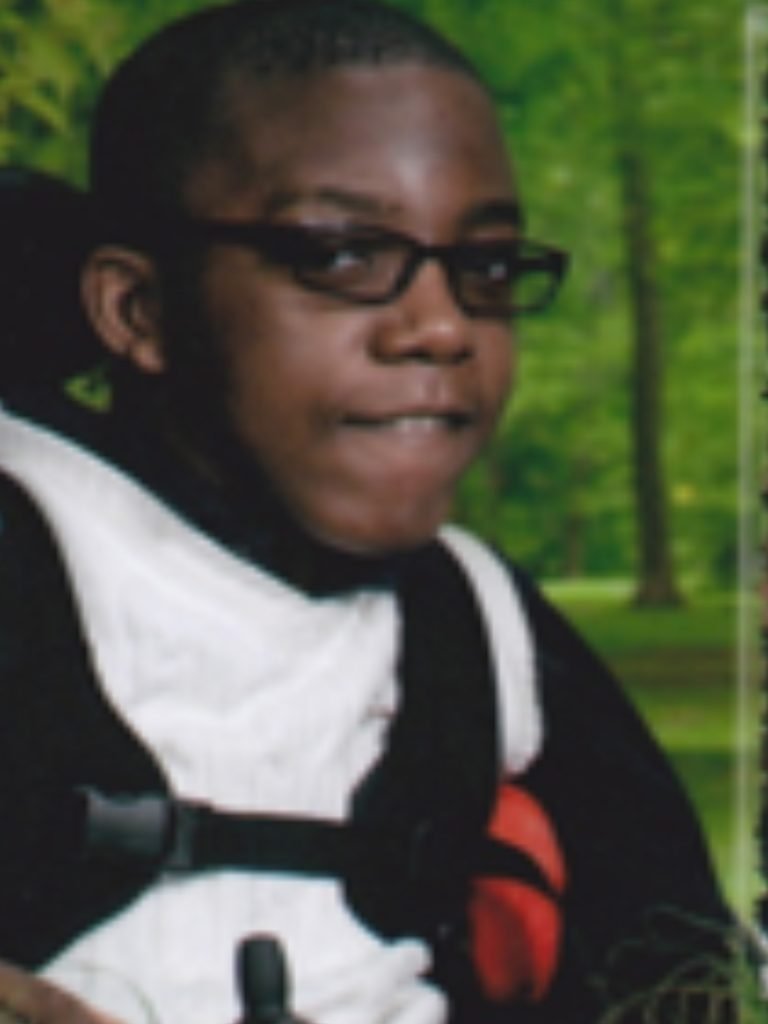 Jayden would have been 11 years old on April 10, 2014. He is one of the oldest and longest treated Infantile Pompe patients in the world. Jayden was the third and youngest son to Fanesia and David Johnson, born April 10, 2003, in the South Georgia town of Americus.    He was diagnosed with an enlarged heart soon after birth by Dr. Judy YY Cheng. A heart biopsy indicated evidence of storage material, consistent with glycogen storage.  A measurement of his alpha-glycosidase level was low and he was diagnosed with Pompe disease, at 5 months old.

Fanesia and David were given the devastating news that their baby would probably die before he reached his 1st birthday.    With this prospect, their pediatrician searched for any possible treatment and found a clinical trial for what would ultimately become Myozyme.  Jayden had to be less than 6 months old to enroll in this trial that was being done at Duke University, he would just make the age cut off.  Since there were no other treatments, his parents decided to enroll him in the clinical trial.    At 6 months old he was a very sick little boy, he had a feeding tube, was very floppy, could not sit, roll over or even lift his head and his heart was almost 10 times the size it should have been for a 6 month old. Since he was so fragile,   Fanesia and Jayden had to move to North Carolina for the trial.   He began the clinical trial in October 2003 and started getting his every 2 weeks treatments of Myozyme.     He received Myozyme by IV infusion every 2 weeks over 8 hours since Jayden had been randomized to the 40 mg/kg/2week arm of the trial.  After 6 months of treatment his heart had decreased by half, he no longer required a feeding tube (he would pull it out) and he was sitting up and moving around on his own.  He was well enough to move home and start the 4-hour drive to Atlanta every other week to continue the clinical trial at Emory.   This is when Eleanor Botha had the privilege of becoming part of Jayden’s life.

A little after his first birthday Jayden was walking on his own, his heart size was continuing to decrease and to look at him you would have never guessed that he had Infantile Pompe disease.  The clinical trial went on and Jayden and/or his Mom or Dad drove the 8 hour round trip to Emory every 2 weeks for his 8-hour infusion. In April of 2006, the FDA approved Myozyme for all Pompe patients.  Jayden was doing great – even though his muscles were weaker than his friends he could run and play and do everything you would expect a preschooler to be doing.

Since the clinical trial had determined there was no difference in response to the Myozyme if someone got 40 mg/kg or 20 mg/kg, Jayden’s dose was lowered to 20 mg/kg every 2 weeks in June of 2006.  Even though Jayden was doing well, he still saw numerous doctors and specialists on a regular basis.  Myozyme was a treatment, and even though he was doing well we all knew it was not a cure.  His pulmonary status was decreasing slightly, he did have hearing loss and his muscle weakness was most noticeable in his facial muscles making his speech hard to understand.

In March 2010, Jayden was hospitalized for the first time since his diagnosis. He went into respiratory failure that was most likely due to aspiration pneumonia.  He was placed on a ventilator and air-lifted to Children’s Hospital of Atlanta.  He was treated, successfully taken off the ventilator, and was home incredibly after only 1 week in the hospital.  After this hospitalization in March 2010, his dose was adjusted to 20mg/kg weekly, and he began infusion treatments at Phoebe Sumter Medical Center, so he could be closer to his home in Americus, GA.

In looking back, this hospitalization seemed to signal the beginning of an increased decline and progression of Jayden’s Pompe disease, he was 7 years old.  In December of 2010, he had a G tube placed since he was now not able to swallow well and he began using a cough assist machine. His muscle strength in his legs was continuing to decline and he was having increased pain in his joints, especially in the hips and knees.  However, he was still able to walk unassisted, was on no breathing support, and attended and enjoyed school (when he was not at doctor’s appointments or getting an infusion).

Like most all the children in the United States with Pompe disease, he transitioned to the ADVANCE clinical research study at Emory in April 2012 and started ERT with 4000L version of Myozyme.  This again meant his family made the 8 hour round trip up to Atlanta every Friday.  He was still continuing to have progressive muscle weakness and was becoming increasingly more tired while at school.

By April of 2013, he was able to go to home infusions but he had become dependent on his wheelchair to get around and was started on Bipap to assist his breathing at night.  His fatigue was still increasing and by lunchtime was coming home from school and taking a nap.  Jayden continued to grow taller and gain weight, by now he was 5 ft 4 in and 90 lbs.

In August of 2013, it was clear Jayden was continuing to lose muscle strength and the decision was made to have him come back to Emory and try a 40mg/kg weekly dose of Myozyme. This required Jayden to leave Americus at 5 am in the morning and get home after 9 pm at night.   He did well on the dose, with no reactions and was able to go back to home infusions by late October.

In the early morning of March 15, 2014, Jayden passed away at home, he had been well, and he most likely had a sudden respiratory/cardiac event. Through his short but meaningful journey, this little boy has touched so many lives, inspired, and taught us so much.  Not just about Pompe disease but how to live a courageous, hopeful, and happy life in spite of a horrible disease. Jayden always had his characteristic grin ready and I rarely saw him shed a tear, no matter how much he was poked and prodded.  The fact that he was only in the hospital once since his diagnosis is a testament to the incredible care and love that he received from his family.

I cannot think of a better way to honor Jayden’s memory than to help other families dealing with children with special needs and other medical needs on their journey.

Infantile Pompe Disease is a rare genetic disease characterized by the abnormal buildup glycogen inside cells.

Our informational and inspirational resources & materials are created to support our diverse communities.

Do you have questions for members of our staff?

We would love to hear from you!

While we are unable to change the face of healthcare today, we can change how one parent face these healthcare challenges.